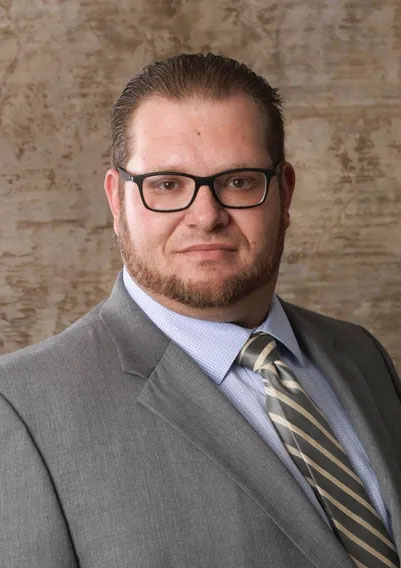 Mr. Turner’s practice areas include all areas of Family and Domestic Relations Law Matters, Guardianship Matters, Parental Rights Termination, Civil Litigation, Business and Contract Law. Mr. Turner is admitted to practice law in the State of Arizona and the Federal District Court for the State of Arizona. Mr. Turner completed his undergraduate studies at Arizona State University and his Juris Doctor at Phoenix School of Law, now known as the Arizona Summit Law School.

During his time at law school Mr. Turner served as President of the Federalist Society and a guest Editor for the Harvard Journal of Law and Public Policy. He also served a year as an Intern with the Maricopa County Attorney Major Crimes Unit, gaining extensive motion and trial practice. Mr. Turner was also awarded an Internship with the prestigious Goldwater Institute working in their Constitutional Law Center. While at the Goldwater Institute Mr. Turner worked on several landmark cases in the State of Arizona, and in the 9th Circuit Court of Appeals.

A native of Wisconsin, Mr. Turner moved to Arizona at a young age and remains an avid Vikings supporter. In his spare time Mr. Turner serves as the coordinator for relief projects at a children’s orphanage in Imuris Mexico. He is also active in his local church.

Mr. Turner approaches every case, particularly where there are children present, with the philosophy that the children and what is best for them, comes first. He is passionate about working effectively with all clients to ensure the best possible outcome. Mr. Turner will work diligently to represent your interests through all phases of a case and will strive to reach an amicable resolution, but is prepared to be a zealous and professional advocate in Court. He is prepared to go the extra mile to help you with your case and assist you in a positive manner.

The Turner Law Firm is a boutique Law Firm transforming the practice of law. At The Turner Law Firm our focus is to provide quality legal services at a reasonable price. When you schedule a consultation with The Turner Law Firm you will be meeting directly with Joshua B. Turner, the managing Partner. Mr. Turner will discuss all of your legal needs and come up with a solution tailored for your needs.

A Team in Your Corner

As a client of The Turner Law Firm you will have the attention of the entire firm to meet your legal needs.

Mr. Turner is a licensed attorney proudly serving Maricopa and Pinal County. Mr. Turner started The Turner Law Firm after working for a small law firm in the West Valley where he successfully served clients in the areas of family law, civil litigation, business law and Trusts and Estates. Mr. Turner successfully expanded the Firm’s practice areas to include business law, guardianship, and juvenile severance law. Mr. Turner has also spent significant time clerking for a family court Judge in Maricopa County, and previously served as a litigation manager for a well respected non-profit advocacy institute.

How Can We Help

Please use the form below to contact us via email. * Denotes a required field.